This Won't Save You Gordon. 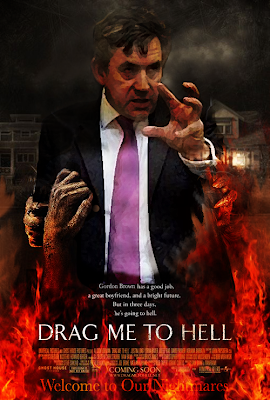 The Prime Minister will be interviewed in Downing Street this week by Sally Magnusson, one of the regular presenters of the BBC's popular Songs Of Praise.

When the show – during which Mr Brown will speak about courage and the people who have inspired him – is broadcast next month the chosen hymns will include Be Still My Soul, Fight the Good Fight and Psalm 23, The Lord is My Shepherd.

Subrosa has an excellent piece on this, including "Gordon's Prayer" by Clarinda, in the comments.