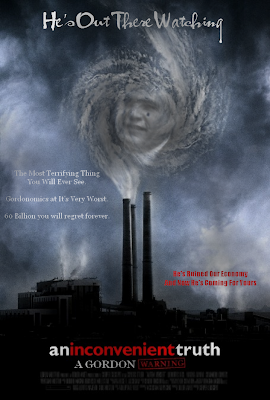 He hopes it will break the deadlock over who will pay developing nations to adapt to the changing climate and who will help them obtain clean technology.

The summit is seen as the last chance to negotiate a successor to the Kyoto agreement, which expires in 2012.

Environment and anti-poverty campaigners welcomed Mr Brown's remarks but said he and other leaders must deliver real financial support not merely "empty rhetoric".

And Now For The Truth. Albeit with a modicum of added BBC spin.

A cabinet minister has said cuts in public spending will be unavoidable after the next general election.

Mr Benn conceded his own Department for Environment, Food and Rural Affairs was facing future cuts and would have to prioritise where it spent money.

The disclosure comes with Labour and the Conservatives immersed in a dispute over spending plans.