Brown Out of Favour With Obama. 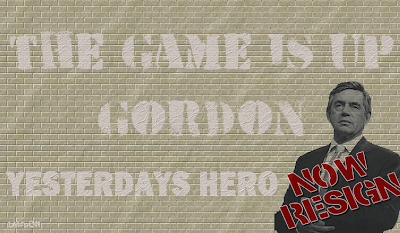 Brown repeatedly snubbed by Obama as "Special Relationship" all but disappears over Libya dispute.

"British officials made five attempts to secure official talks with the US President and even agreed to a policy change in an attempt to land a joint appearance between the two leaders, said diplomatic sources.

But the White House rebuffed the offers and Mr Brown, who had hoped to increase his popularity by appearing on his own with Mr Obama, had to settle instead for a snatched conversation with the President in a New York kitchen."

You are a fucking embarrassment, you jaw droppingly stupid, desperate for a photo opp, pant pissing, has been.