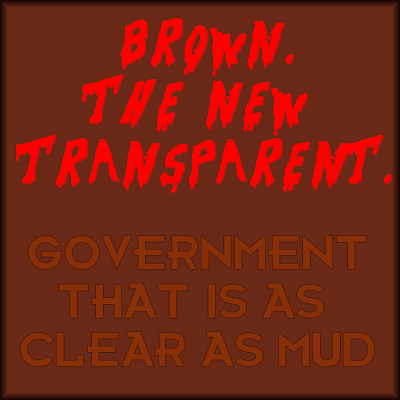 Gordon Brown was facing an angry backlash last night over the Government's long-awaited inquiry into the Iraq War.

Families of soldiers who died in the conflict and MPs from all main parties warned the Prime Minister it would be 'completely unacceptable' to hold the probe largely in private.

IS THAT CLEAR GORDON?

The Prime Minister will attempt to reassert his battered authority and win over Labour MPs and voters who have deserted the party this week by giving the go-ahead to an inquiry. An announcement is expected as soon as today.

You have no authority. You gave it up to Mandy. Or did you forget that?