Jacqboots is in for a Kicking. 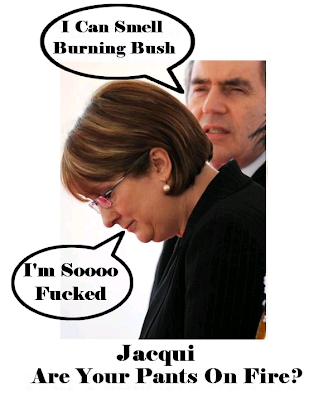 Gordon Brown is expected to move Jacqui Smith in a reshuffle, possibly in June in the wake of what are expected to be disastrous European and local election results. Alan Johnson, the Health Secretary, or James Purnell, the Work and Pensions Secretary, are favourites to replace her at the Home Office.

Allies of the Home Secretary said last night that she appeared to be increasingly vulnerable and could be moved to another Government role.

A Labour source said: "When you look at the issues she's been involved in, it is not looking good. It is understood that she would not be removed from Government, but shifted to a lesser department."

To add to the pressure, Miss Smith faces a daunting series of statements in the Commons on Monday.