A now unavailable poll allegedly  showed that Harriet "The Harpy" Harman was disliked by a large proportion of Labour Party members.

A report of a poll commissioned by the Compass group and published in the Labour-supporting Guardian newspaper last week said party members ‘roundly rejected’ plans by Business Secretary Peter Mandelson to part-privatise Royal Mail by three to one.

But it made no mention of what appeared to be the main findings of the YouGov survey – the popularity of senior Cabinet Ministers among Labour Party members. 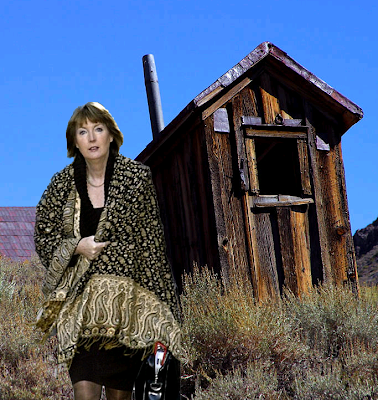 Deputy leader Ms Harman came fifth out of six in the Labour ‘beauty contest’.  Home Secretary Jacqui Smith was sixth in the poll.

Harriet has also been found to have been somewhat selective in her reporting on ONS statisics.

Harriet Harman, the women’s minister, said: “There is a major fear about women being targeted by their employers during the downturn. This is unlawful.”

Devil's Kitchen has dealt with her rather poetically on his site.

so has Tim Worstall on his blog.

The evidence being presented to The Court of Public Opinion is growing evermore unfavourable Harriet.

No Fucker likes you. You represent only yourself.