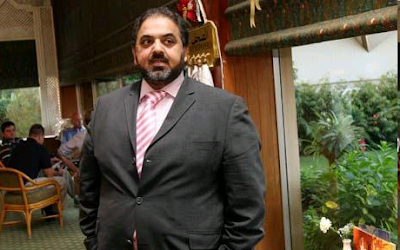 A Labour peer who sent and received text messages minutes before he was involved in a fatal crash on the M1 has been jailed for 12 weeks.

Outside court Lord Ahmed's solicitor, Steve Smith, said he thought his client had been used as a "scapegoat" by those attempting to drive home the message about not using a mobile phone while at the wheel.

I'm sure those who got stiffer sentences feel they are the ones being "scapegoated" by the Criminal Preference Service.

He said he was launching an immediate appeal against the sentence.

He said: "I've been with him. He's very philosophical. He's approaching it with great dignity."

Members of Mr Gombar's family said they were not happy with the sentence.

Mr Justice Wilkie made clear the texting incident had no bearing on the fatal collision.

But he added: "It is of the greatest importance that people realise what a serious offence dangerous driving of this type is.

"I have come to the conclusion that by reason of the prolonged, deliberate, repeated and highly dangerous driving for which you have pleaded guilty, only an immediate custodial sentence can be justified."

Six weeks in an Hotel, followed by six weeks on licence. Wicked,  he'll hardly notice any change from that which he is used to.

His position in the House of Lords will not be affected according to the Guardian.

After the hearing, Gombar's cousin, David Cicak, said the family had hoped for a longer prison term. He said: "He could be out in six weeks, that's nothing. Martyn left behind two small kids with only their mother."

Chief Inspector Andy Male, head of the South Yorkshire police road team, said the peer's sentence "reflects the seriousness with which the courts, the Crown Prosecution Service and the police view this offence"