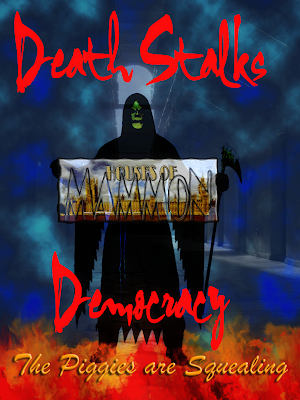 Serious concerns are growing for the welfare of humiliated Luton South MP Margaret Moran after her staff said she is 'not feeling well' and that they 'do not know exactly where she is'.

"When questioned on the whereabouts of Labour MP Ms Moran this afternoon (May 21), her communications officer Allan Davies said: "I honestly don't know at the moment.

"She's not doing any interviews or making any comments at the moment. She's not feeling very well. It's personal, I don't want to go into any details.

"She's under a lot of stress - that's why she's not giving interviews at the moment.
"We don't know her exact location at the moment. You can imagine the strain she's under."

"It's a serious cause for concern. I'm no wiser as to where she is."

Maybe she has Swine Flu? Something is definitely going around in Westminster. At first I thought it was just foot-in-mouth disease, what with Nadine Dorries and Steen gobbing off. But, now it looks as if it may turn out to be far more serious.

Best quarantine the lot of them before it spreads.