More Than A Third Prefer A Hung Parliament. 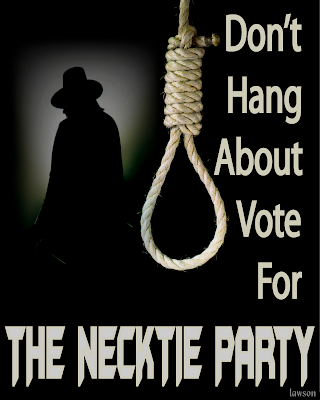 Fifty per cent of people regard it as "unthinkable" to elect Mr Brown for another five years, while 44 per cent disagree with this statement. Almost one in four Labour supporters (24 per cent) believe electing Mr Brown for another term would be "unthinkable".
However, 51 per cent say they personally feel no enthusiasm for the Conservative Party, with 42 per cent disagreeing. Remarkably, a quarter (24 per cent) of those people who intend to vote Tory say they have no enthusiasm for the party.
Meanwhile, a strikingly high 38 per cent of people believe the country would be better off with a hung parliament and coalition government, while 53 per cent disagree. One in four Tory supporters would prefer a hung parliament and coalition, as would 36 per cent of Labour and 57 per cent of Liberal Democrat voters.
Although the Tories will be relieved to see their lead increase since last month, they will be alarmed at the apparent lack of enthusiasm for a Cameron government. "The mood is sullen; people have turned against the political class generally," one Tory source said last night. "The anger over MPs' expenses last year had faded a little but has been reignited by the Lobbygate affair." A Labour official admitted: "The public think we are all as bad as each other."