What a Silly Hoon.

April 04, 2009
Hoon in spotlight over allowances 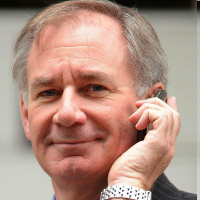 Ministers who live in grace and favour residences would be banned from claiming second home allowances if the Tories take power, it emerged as another Cabinet minister's claims came under the spotlight.

Transport Secretary Geoff Hoon insisted he had acted entirely within the rules by using taxpayer cash to run his constituency home, while living rent-free in a Whitehall apartment and renting out his London flat.

While defence secretary he lived in a plush Admiralty House residence for three-and-a-half years while the property registered with Commons authorities as his "main" home was let to a private tenant.

That meant the Ashfield MP was able to claim around £50,000 in taxpayer-funded allowances for the running of his constituency house in Derby by designating that as his second home, the Daily Mail reported.

"He took advice from the fees office and all his claims were within the rules," a spokeswoman said.