Dear Jacqui, Quit While You Are Still Behind. 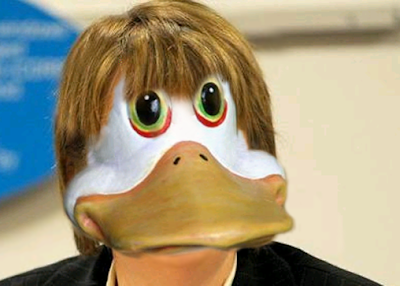 The Times has learnt that MPs are expected to call in the police today over how a copy of an invoice from her Virgin TV and internet account, submitted to the Commons as part of an expenses claim, came to be published in a Sunday newspaper.

Some MPs believe that digital images of all MPs’ invoices, which have been scanned for release later this year, may have been stolen and are being offered to newspapers for money. The suggestion will cause anger and fear among MPs, who have been campaigning against the release of this information.

Dear Jacqui, do you remember these words?

The plans I am publishing today inject a new momentum into the delivery of the scheme and its benefits. Our plans will now provide both the protections and the convenience of the scheme more quickly than previously expected. As the latest public attitudes analysis I am releasing today shows, public support for our proposals has remained broadly steady - at nearly 60 per cent - even after a series of high-profile government data losses.

Do you believe that the public are still onside after you lost control of your own data and that of your poor husband?

I am convinced that our increased awareness as a nation of the dangers of data loss and identity fraud makes the case for participation in the national identity scheme more pressing, rather than less. It doesn't get much more personal than personal information - and we should all be concerned at the potential for information to end up in the wrong hands, or to be used for unforeseen purposes.

Bet your having second thoughts on that statement now! It wasn't "unforseen circumstances" that you should have been worried about. It was the forgone conclusion that you were going to get bitten in the arse by statements like that!

That concern should make us question closely those who are charged with managing our personal information on our behalf. And it should make us think carefully about the responsibilities they have to live up to.

Oops! You are the weakest link, now fuck off.

Some claim that recent cases highlight the difficulty of entrusting sensitive information to anyone, let alone the state. I will argue today that it is precisely because of public's interest in secure identity that we need more effective mechanisms for protecting identity and safeguarding personal information.

What about this extract?

'The Last Enemy' transports us to a Britain of the not-too-distant future, where personal information has become the weapon of a surveillance state against its own citizens, and where a super-database called 'TIA - Total Information Awareness' appears to fuse state of the art technology with a rather draconian reinterpretation of the art of the state.

It all makes for a good drama. But - to turn an old adage on its head - we should never allow a good story to get in the way of the facts. When we return to the real world after an hour or two in front of the telly, how useful are these fictions for our daily interactions as citizens with government?

Well Bob errr, I mean Richard probably has a bit more of an idea now.

How much of ourselves do we recognise in these champions of individual liberty, as we pursue our own personal missions with bureaucracy to pay our tax bill or register a change of address?

Or claim your expenses from the long suffering taxpayer?

You have been found out Jacqui. You cannot be trusted to protect your own personal information, let alone, that of the long suffering general public. You haven't a clue what you are doing, or why you've been doing it. You just took the money and bent over, face in trough and allowed your masters to fuck you over, at the same time as you were shafting us.

All the best in your new job (if you can find one) Lawson.
Data loss Jacqui Smith Resign Troughing Wankers